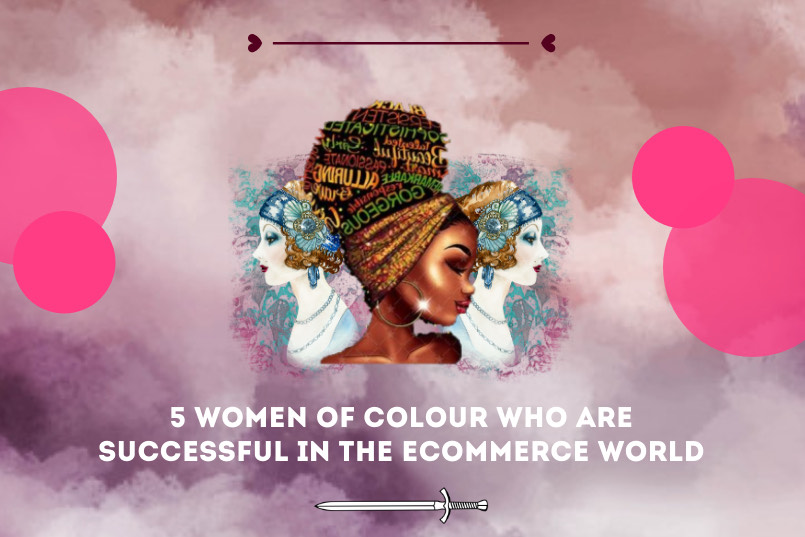 Being a successful woman in an industry dominated by men is inspirational. Being a successful woman of colour in the same industry, beating all odds, and tackling all the hurdles, is completely commendable and deserves all the praise. The modern society has its fair share of misogyny and patriarchy. To stand up against it while standing for yourself is something women entrepreneurs do on the way to success. Like so many other issues, businesswomen also have a harder journey to the top compared to men of the same occupation.

The online fashion industry was an untapped business in India. Well, at least until Falguni Nayar’s brilliant idea of creating her own online fashion and wellness business called Nykaa. Nykaa revolutionized the online fashion sector in India. Nykaa was found in 2012, right after Falguni decided to quit her job as the managing director of Kotak Mahindra. This brave leap of faith reaped her success multifold.

Falguni realized an opportunity in the online space and decided to focus on beauty to invest. Since then, Nykaa has grown to have over 5 million monthly active users and has tie-ups with over 500 brands. Nykaa also has 70 stores across India. Quite the success for a woman who quit her stable desk job, won’t you agree?

Falguni Nayar’s inspiring journey started with her education. She holds an MBA degree from the prestigious university IIM Ahmedabad. After she graduated, she worked in consulting and later joined Kotak Mahindra. Eighteen years of being an employee led to Falguni becoming the Managing Director, after which she quit to form Nykaa.

Falguni is an inspiration to several Indian women to take leaps of faith and spread their wings of freedom. This leap of faith has led to her being awarded several accolades like the Businesswoman of the Year and EY Entrepreneur of the Year for 2019. Truly an inspiration for all Indian women who are suppressed in the name of traditional beliefs. Falguni Nayar is a living example of “It is never too late to spread your wings.”

Humans crave love and care in some form or the other. Unfortunately, not everyone is privileged enough to get the care they deserve. Anita Darden Gardyne came up with the solution, Oneva Inc. Oneva Inc was built upon the belief that trusted care is a human right. Anita used this opportunity to create the company as an employee benefit that allows employers to match FBI background checked in-home caregivers to employees, which is now worth $4 million. From infant to elder care, Oneva Inc comprises all the care and love a company can provide.

Anita’s journey dates back to 1978 when she attended UC Berkley at the young age of 15 due to a program for inclusive students where she fell in love with economics. The next ten years were Anita climbing and fighting to the top by using the power of education. Earning a BA in Economics and MBA from UC Berkley, she joined AT&T’s training program, which paved her way to management positions in prestigious institutions like Levi Strauss and Quantum.

Anita launched Oneva Inc in 2013 and is currently the President and CEO of the company. Anita had to juggle her responsibilities of being a mother of two children, taking care of her mother, and being a full-time employee, which she found extremely difficult. This is what Anita took advantage of and formed Oneva Inc. She brought in a solution so that no one else has to go through hardships when they deserve care.

Being a woman of colour and a mother of two, balancing her work and working her way to an independent lifestyle, and also providing for a good cause, Anita Gardyne is an inspiration for all women, especially black women in society.

The African American culture encompasses a variety of social and physical outlooks. An example of such would be how important hair is in black culture which symbolizes the path for spirits to pass through. With such emotion attached to the culture, it takes so much effort to handle, maintain, and follow in our modern society.

For this reason, Dr Kristian Henderson created BLK + GRN, an all-natural marketplace that sells clean, green beauty and wellness products exclusively made by black artisans and entrepreneurs. She formed this company because she found that a few ingredients can be toxic, which can directly affect outcomes related to women. Moreover, such ingredients are especially included in products marketed to black women. Hence BLK+GRN provides a greener solution for all black women and men, satisfying all their personal wellness needs.

Dr Kristian Henderson is a professor of public health and a natural lifestyle enthusiast who holds a Bachelor’s degree from Yale and a Doctorate from Johns Hopkins School of Public Health. Her venture with BLK+GRN completely changed the e-Commerce space for black-owned businesses and artisans. Unfortunately, Kristian faced a life-threatening accident in 2019 and was in a coma. She fought through and believed in herself to stand where she is now; a proud mother, wife, and businesswoman.

Reader, if you are a fashion enthusiast, your eyes definitely lit up reading Vera Wang’s name. Vera Wang is an American fashion designer who has rose to the zenith of luxury design. She worked as an editor at Vogue after graduation and stayed for 17 years. Later, she worked for Ralph Lauren for two years. Finally, she took the leap of faith by resigning and creating an independent bridal wear designer. What started off as a single store on Madison Avenue has grown into a billion-dollar fashion empire.

Vera Wang’s father owned a medicine company while her mother was a translator for the United Nations. Wang graduated from Sarah Lawrence College in art history. She was also a prominent figure skater from a very young age, but her failure to enter the Olympics led her into the fashion industry.

Converting your failures into success was Vera Wang’s skill, and she excelled in it. Being an Asian businesswoman and competing with several fashion businesses predominantly owned by men, Wang made a name for herself and a pretty good one too. Currently, her dresses have been worn by several celebrities around the world, including Michelle Obama, Kim Kardashian, and Nancy Kerrigan.

Vera Wang has set the benchmark for women entrepreneurs around the world by contributing to 1.84% of the revenue in the wedding dress market in 2019. To reach the top rung of the fashion world, despite several societal setbacks, Vera Wang beat all odds and is currently worth an astounding $270 million. A true representation for Asian women in the business world.

Natalia Oberti Noguera is the founder and CEO of Pipeline Fellowship, a bootcamp program for women that’s changing the face of angel investing as well as creating capital for female social entrepreneurs. She realized her inner entrepreneur when she came across the quote, “You can’t be what you can’t see” and thus began her journey.

Natalia created Pipeline Fellowship to challenge heteronormative gender biases where women are associated with “doing good,” but men are associated with “doing well.” She also realized that only 16% of the companies that pitch to angel investors and 6% were people of colour. With the clear preference given to men, Natalia wanted to support and bring up people of colour.

Natalia holds a BA in Comparative Literature & Economics from Yale. She has been named in the Forbes list of “Top 20 Women for Entrepreneurs to Follow on Twitter “and Latina.com’s “25 Latinas Who Shine in Tech.”

Natalia is also a part of the LBTQ and prefers to be “cis LGBTQ Latina.” Her journey revolves around helping her community through sheer hard work and passion. Natalia is a representative of the Latina women community, which is heavily shunned in the business world dominated by white men.

Enalito can help you with your entrepreneur journey

One thing in common with all the inspirational women mentioned above is their adaptive nature when it comes to technology. They ensured to be ahead of technology and use it to their advantage.
We can help you be on this list. Subscribe to our service and start your journey